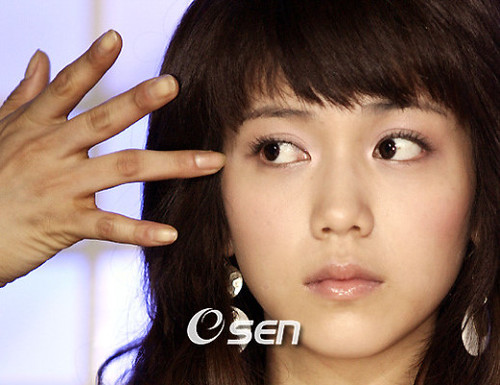 Boris Johnson today warned British businesses ‘time is running out’ for them to prepare for a no trade deal split from the European Union at the end of December.

The Prime Minister has formally activated his no deal plans and is urging UK firms to step up their preparations for a disorderly divorce when the standstill post-Brexit transition period finishes.

Mr Johnson and Minister for the Cabinet Office Michael Gove are telling companies to ‘put in the work now’ so they are ready to trade with the EU without a trade deal from January 1.

But business leaders have lashed out and told ministers they are ‘tired of posturing, cliff edges and deadlines’, telling the Government there is still time for 우리카지노계열 a trade deal to be agreed.

The decision to step up preparation efforts comes as both sides scramble to figure out whether trade talks are officially dead or whether a deal could still be struck.

Formal trade talks are officially off after EU leaders refused to give any ground at a crunch European Council summit last week as they said it was for the UK to make the next move.

Mr Gove said yesterday the door was ‘ajar’ for talks to resume and today he will meet his counterpart, European Commission vice-president Maros Sefcovic, in London for a face-to-face showdown.

Meanwhile, the EU’s chief negotiator Michel Barnier is expected to speak to his British counterpart Lord Frost this afternoon.

But Housing Secretary Robert Jenrick risked further souring relations between the two sides as he suggested this morning that the EU was being ‘immature’ by failing to compromise.

Boris Johnson has formally activated his no trade deal Brexit plans, telling businesses ‘time is running out’ for them to prepare for the end of the transition period in December

Mr Johnson had set the summit last week as his deadline for agreeing the outline of a trade accord.

But the two sides remain deadlocked on a number of key issues, including post-Brexit fishing rights.

As a result, the PM said the UK will now prepare for a no trade deal split at the end of the year as he said Britain will only return to the negotiating table if Brussels completely overhauls its approach to the talks.

Mr Johnson and Mr Gove will this week hold calls with business leaders to tell them to get ready for trading with the bloc on basic World Trade Organisation terms from January 1.

The Government today launched its ‘time is running out’ campaign which will see HMRC write to 200,000 traders who trade with the EU to set out the new customs and tax rules.

Mr Gove said: ‘At the end of this year we are leaving the EU Single Market and Customs Union and this means there are both new challenges and new opportunities for businesses.

‘Make no mistake, there are changes coming in just 75 days and time is running out for businesses to act.

‘It is on all of us to put in the work now so that we can embrace the new opportunities available to an independent trading nation with control of its own borders, territorial waters and laws.’

The Government remains under pressure from many business leaders to back down in its row with Brussels and 카지노사이트추천 to strike a trade deal.

British Chambers of Commerce Director 카지노사이트 General Adam Marshall said: ‘Facing the triple threat of a resurgent Coronavirus, tightening restrictions and a disorderly end to the transition period, it is little wonder businesses are struggling to prepare.

‘Many firms will be tired of posturing, cliff edges and deadlines, while others are still grappling with fundamental challenges as a result of the pandemic.

‘More businesses will undoubtedly step up preparations for change over the coming weeks, but many are still facing unanswered Brexit questions that have a big impact on their day to day operations.

‘A UK-EU deal is still both possible and critical.

Much may change for business at year end, but a deal would give firms more clarity so that they can plan and adjust.’

Confederation of British Industry deputy director general Josh Hardie warned of a ‘hat-trick of unprecedented challenges’ from the first wave of coronavirus, its resurgence and ‘uncertainty over the UK’s trading relationship with the EU’.

The Government has described leaving the EU without a trade deal as an Australia-style arrangement.

Australia has no comprehensive trade deal with the EU and it also does far less business with Brussels than the UK.

A no deal split would see the EU impose tariffs on UK goods, with business groups warning this would damage British firms at a time when they can least afford it because of the coronavirus crisis.

The UK and the EU are now locked in a high stakes game of brinkmanship as each side calls on the other to compromise.

Mr Barnier is expecting to be called by Lord Frost this afternoon, though Number 10 was no more specific than saying the discussion would come early in the week.

Face-to-face talks between Mr Gove and Mr Sefcovic are due to take place this morning.

Mr Jenrick today risked further souring relations as he suggested the bloc was not showing ‘maturity’ or being ‘sensible’ by failing to compromise.

He told Sky News: ‘The EU have not shown the flexibility that we would wish them to have shown so unless something changes, unless they are willing to come back to us and show that degree of flexibility and maturity, we will leave at the end of the year, the transition period, and trade on the sorts of arrangements that Australia has and a number of other countries around the world.

‘That is not our preference but it is an acceptable trading relationship and I think it is important that we move forward because business needs certainty, the country wants to move forward no one wants to delay our exit from the transition period and we have no intention of doing that.’

Mr Jenrick was pushed twice on whether he was suggesting the EU was being ‘immature’ and he did not deny that was the case.

He said: ‘Clearly, in an international pandemic, in a health crisis, we want to ensure that we have the best possible trading relationship with our nearest trading partners.

‘So it would be sensible at this point for them to go that extra mile to come closer to us on the points that remain for discussion. They haven’t done so yet and that is disappointing.’

Mr Johnson last week accused European leaders of having ‘abandoned the idea of a free trade deal’ and told the UK to ‘get ready’ for leaving without a trade deal.

Lord Frost told Mr Barnier not to travel for planned talks, with the UK calling for a fundamental change in direction of the bloc’s approach.

Mr Gove said yesterday ‘we are ready if required’ to leave without a trade deal, but left room for talks to restart.